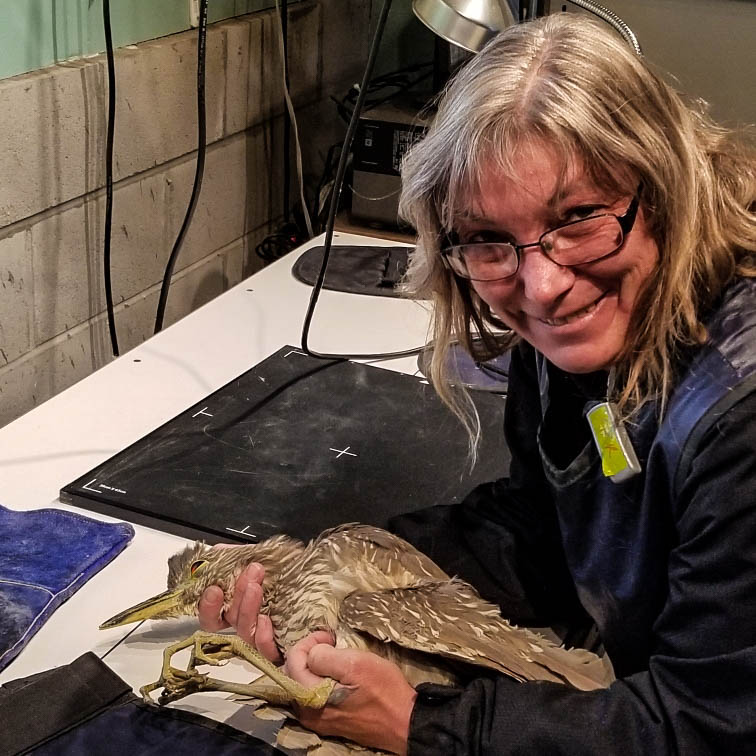 Sherrie was born and raised in Klamath Falls. In May of 1990 she gained her Veterinary Technician Certificate of Proficiency from Butte County Regional Occupational Program. Sherrie moved back to Klamath Falls and became the first employee of Everett Veterinary Hospital in June of 1992. While there, she gained experience in wildlife care under the direction of Dr. Everett. Years later, Sherrie hired our founder, Liz Burton to work at Everett Veterinary Hospital, and soon became involved with supporting Badger Run and our mission. She has been an eager and valuable volunteer ever since! Sherrie joined the Badger Run board in 2019.

As one of the members of the Badger Run team that holds a certificate in Radiation Use and Safety, Sherrie is often called upon to help with radiographs for intakes and progress evaluations.