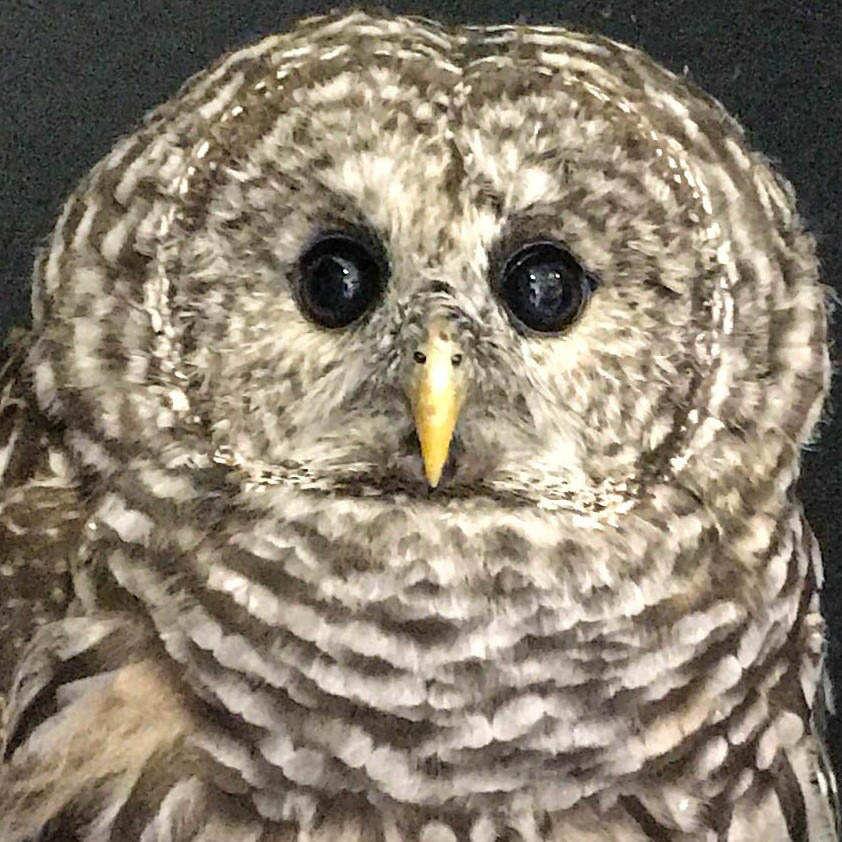 Paddington is Barred Owl that joined our education team in 2020. He was hit by a car & sustained a metacarpal fracture in his wing. The fracture healed, but left the wing with a slight curvature making him a poor candidate for release back to the wild. Barred Owls are also considered an invasive species here in Oregon negatively impacting the Northern Spotted Owl population native to this region. For that reason Oregon Fish & Wildlife prohibited his release back to the wild; however, they did allow us to add him to our educational ambassador team.

This adorable owl has adapted to his new “job” beautifully.